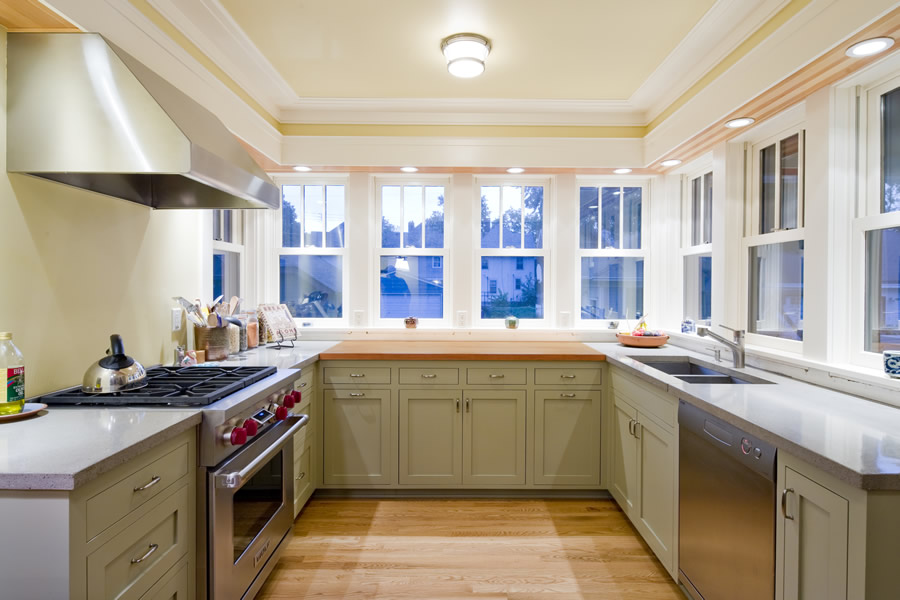 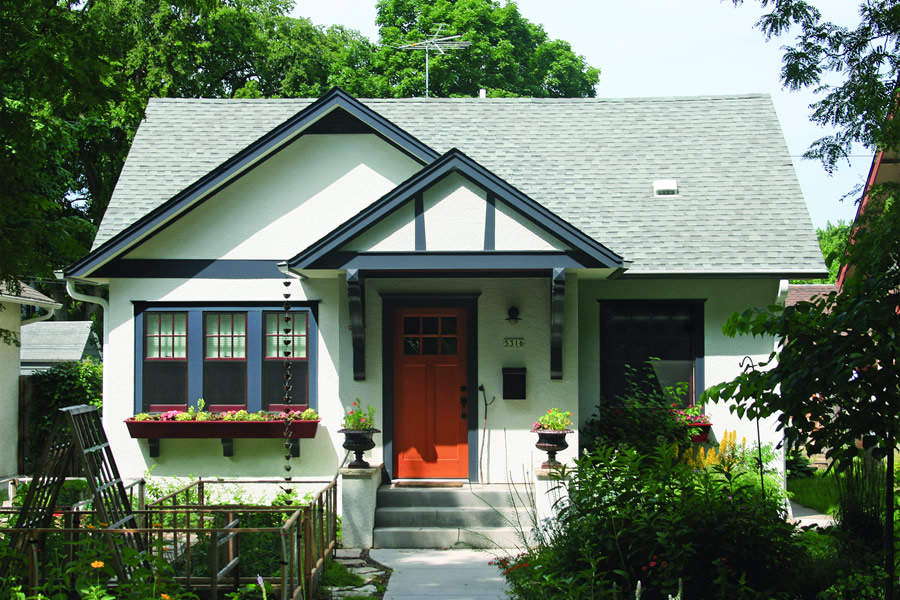 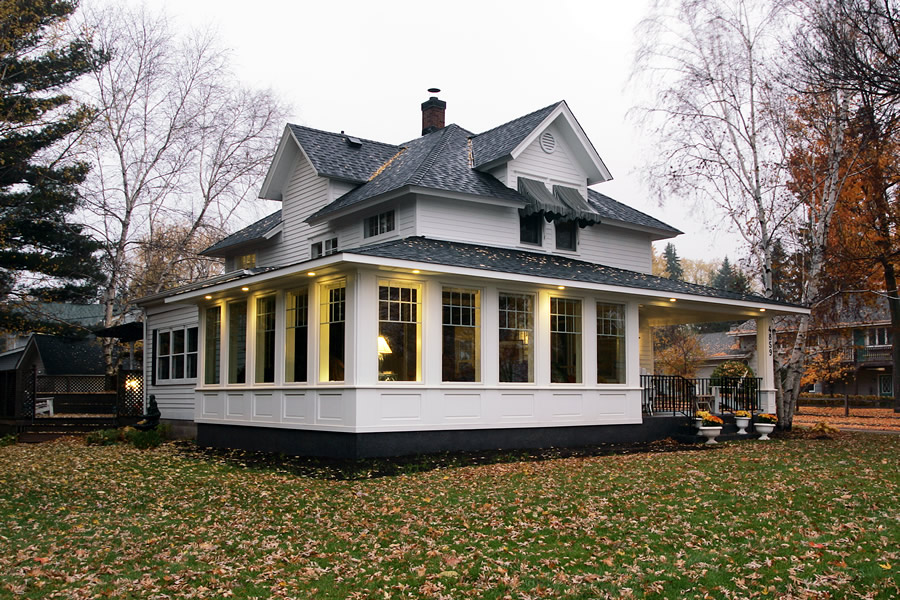 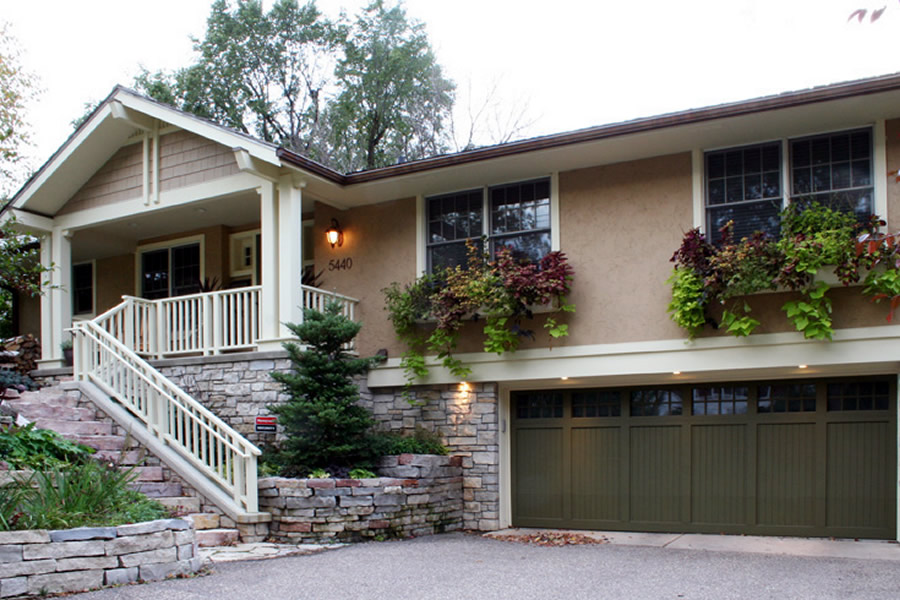 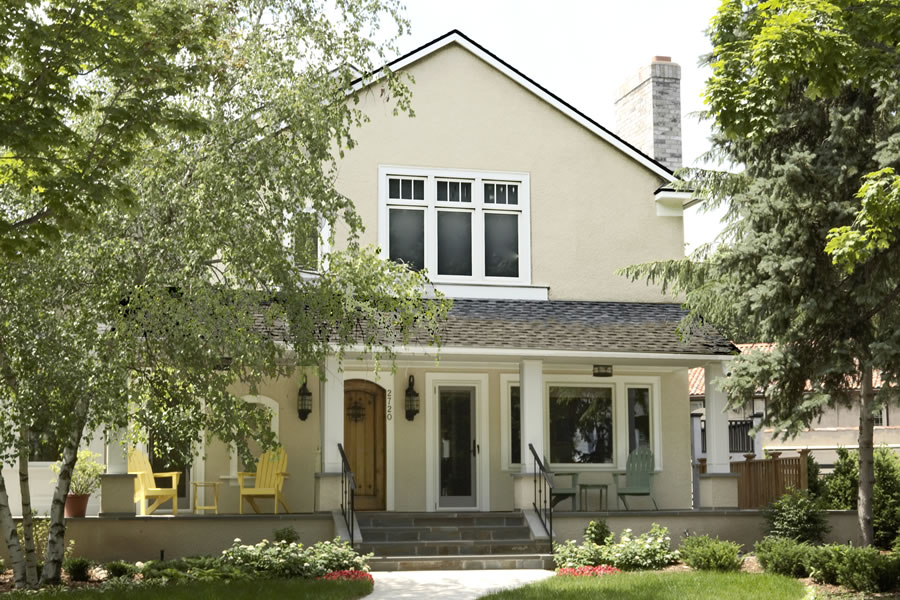 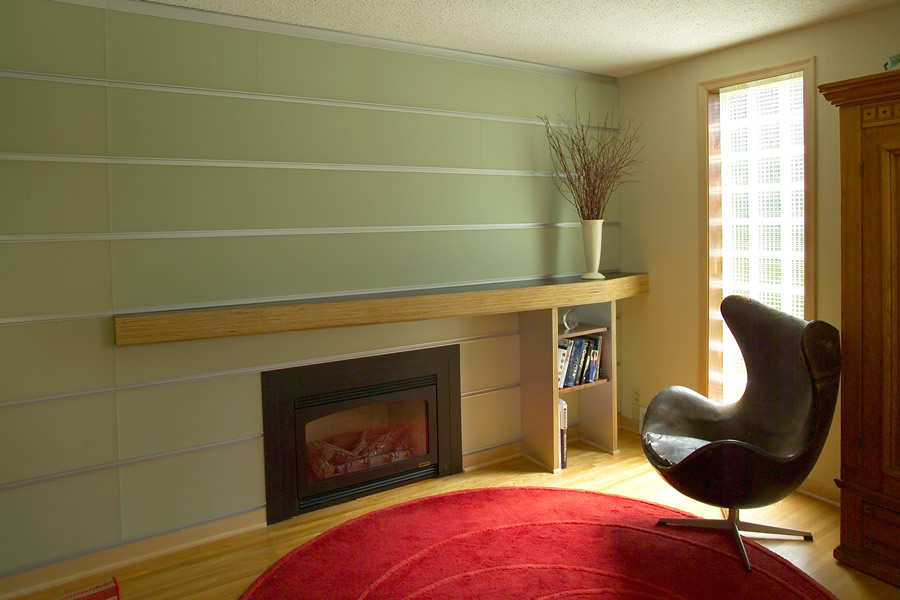 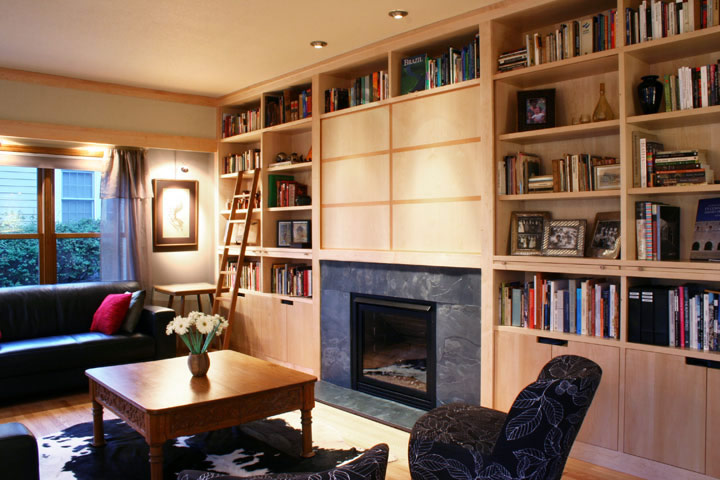 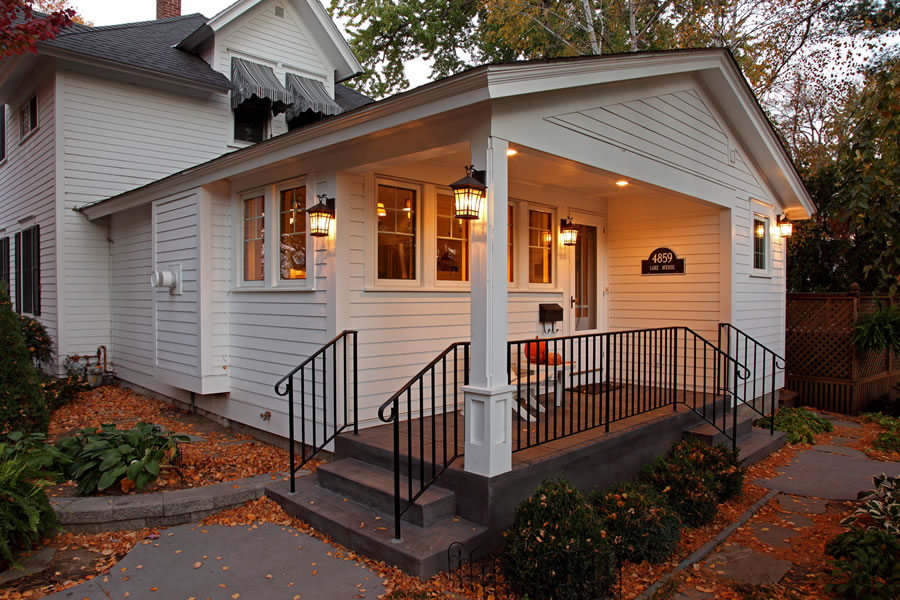 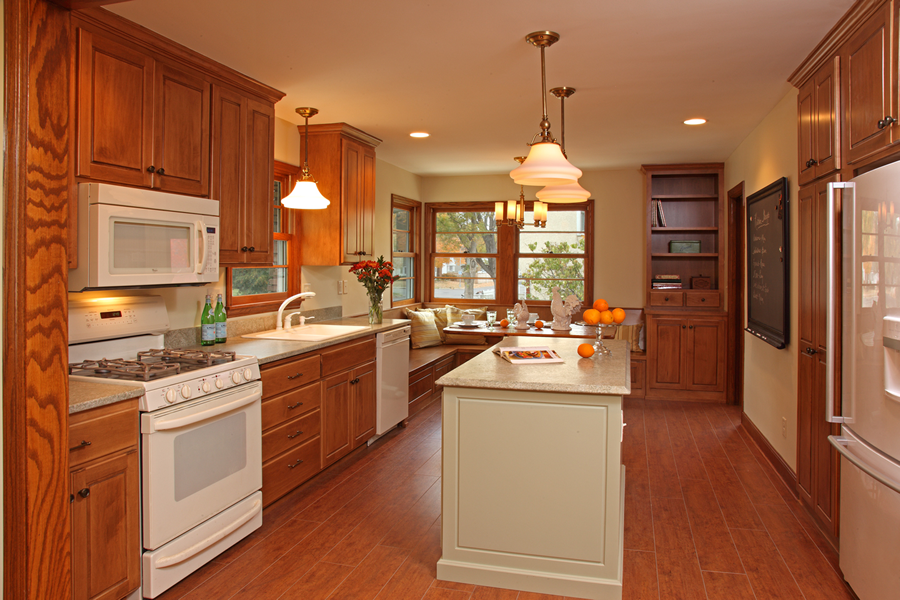 Located in St. Paul's Historic Hill District, this house was in need of a kitchen and basement update like many other century old homes in the neighborhood. The small addition to the kitchen created a "U" shaped cooking space with views to the backyard, and the limestone foundation walls were retrofitted with proper ventilation and insulation to create an open basement space.

The owners transformed this small bungalow in stages, concluding with the kitchen and the front of the house. It won a BLEND award in 2011 and was featured in a METRO magazine article on Best Minneapolis neighborhoods.

The three season porch of this home had a great view of White Bear Lake so the owners decided to transform it into a year round space. By extending four feet outwards the new porch with big windows looking at the lake became the new heart of the home.

After many remodels to update their home, the owners decided to redesign the front elevation, which was the only piece left untouched in their previous projects. We added an open porch along with a small sitting space on the front and extended the gable dormer on top of the entry. An exterior stair and wood railing was added to connect the entry to the driveway. This is a good example of a project that had a small budget and yet transformed significantly the curb appeal and the entry experience of this home.

When looking to remodel early 20th century homes we sometimes find that the main design challenge lies not in the original building but instead in the additions that have been done to the house later. This home is a good example of this kind of remodel. Built in the early 1900s, it went through an extensive addition in the 1980s that increased its square footage without paying too much attention to its character. The owner, an enthusiast of Mexican art and culture, welcomed the proposal of an enclosed patio as a way to connect the isolated rooms from the previous remodel, as well as a new front porch to make the house more welcoming and to increase its curb appeal.

The owners bought this rambler in Circle Pines with a remodel in mind that kept the unique modern look of the house. A bump out was added for a dining/family room space and the unfinished basement became a playroom and music room for the whole family.

To the owners this spacious suburban home felt disconnected for it had too many separate rooms and no adequate gathering space for the family. In other words the house had too many rooms and no heart. A more inviting family space was created by joining two rooms and by adding a TV, a fireplace and built-in bookcases. As it happens in many homes today, the TV and the fireplace share the center of the family room. In this case the fireplace was located at the bottom of the wall and the flat screen TV was built into the bookcases above it. To avoid the conflicts generated by these two sharing the family's attention, a pair of sliding doors was added to the bookcase that hides the TV when needed.

Years after adding a porch to their house (also see Lake View Porch) the owners decided to remodel the kitchen. The existing back wall was extended six feet outwards and a new open porch was added in the same direction. The back part of the home now has a kitchen with a bigger pantry, a new island and cabinets, plus a new laundry room and mudroom. For the owners that like to spend time in the kitchen the new spaces added a second heart to the home.

This remodel is a good example of the change in perception there has been about ramblers in recent years. Instead of knocking them down or doing a complete style make over, more and more people have started to appreciate the efficient plan layouts and simple aesthetics of ramblers. The owner in this case wanted to update the kitchen and integrate it to the rest of the house, along with an entry foyer, all in keeping with its original charm.